Testing times on the tide.

We had no trouble dropping off to sleep and I slept as sound as a log, until around 0400 then the truck traffic started! I don't understand why the caravaners would chose this site so close to the main road! 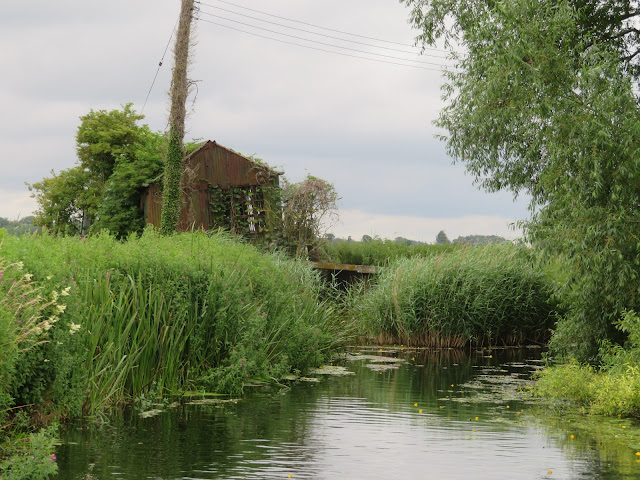 Needless to say we weren't late leaving. We were starting to panic as the winding point on the map looked much closer than it was in the end. This is the ongoing River Wissey and I put the stern into the Stringside Lode to turn. 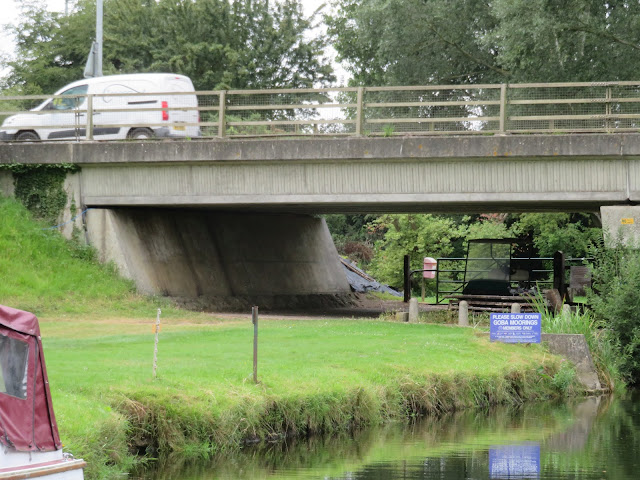 This shows just how close to the A134 the mooring really was. Just to the left is a roundabout and as the heavy trucks break they make all sorts of noises. Of course the boy racers also put the pedal to the metal when the are pulling away up the hill too. Motorbikes are by far the noisiest though. 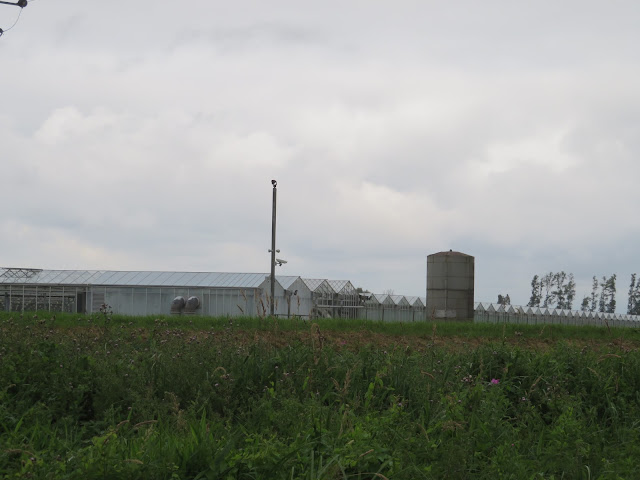 This gives you some ideaof how much hot water is produced by the bioethanol plant at the Wissington Sugar Plant as these are just some of the glass houses that utilise the heat to now grow medicinal cannabis. 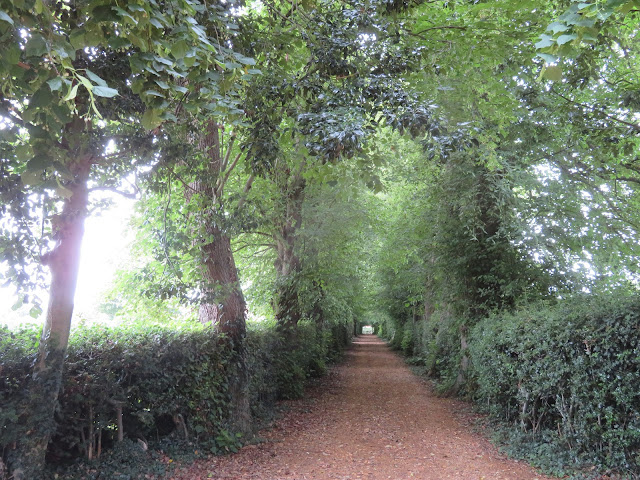 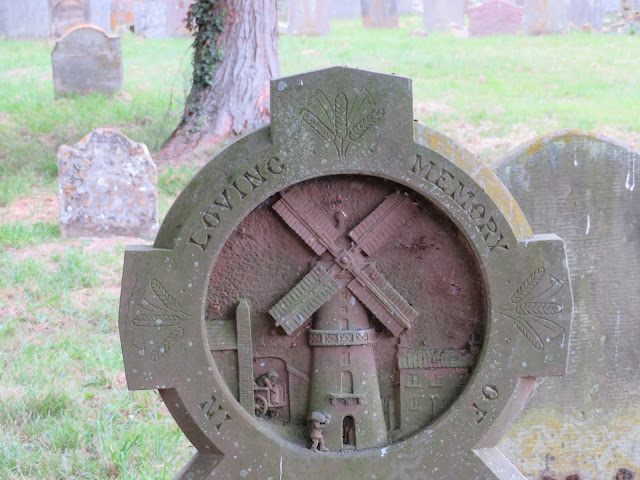 The church, and the village, seems to have suffered a bit of problems with anti social behaviour. This tombstone survived and has a lovely carving. I suspect the marker is for a miller. 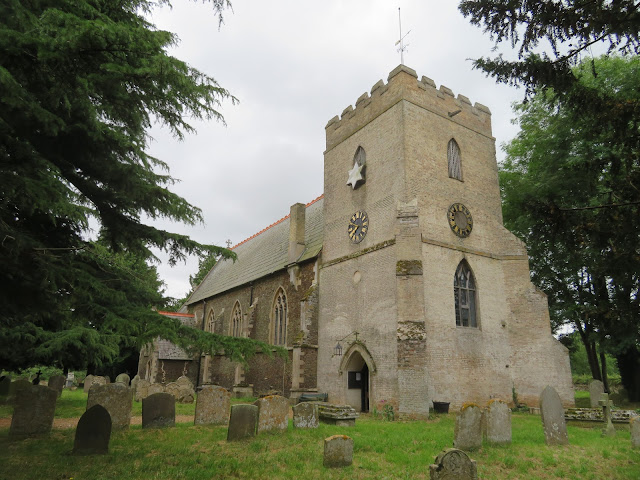 Unfortunately thre vandalism has meant that the church is now locked, so as the memorial is inside I didn't get to see it. How ever George Manby was the churchwarden of the church, and as you can see it is quite a tall building. He tested his equipment by seeing if it would clear the roof. The main part of the church is 14th century 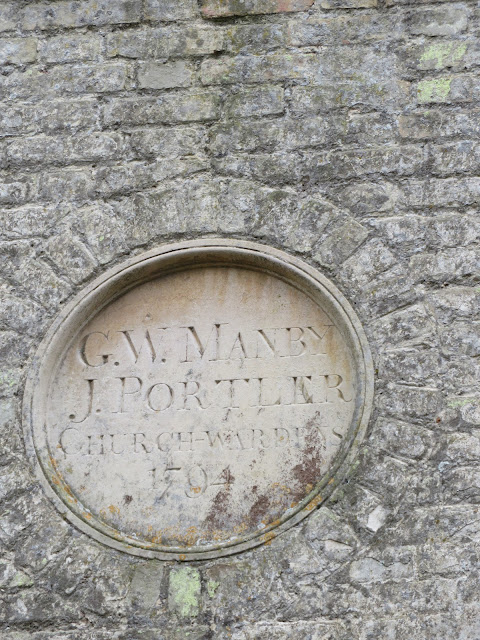 The tower however is later and a plaque below the left hand clock shpows tgat it was constructed in 1794 when none other than G.W Manby and J. Portler were the churchwardens. 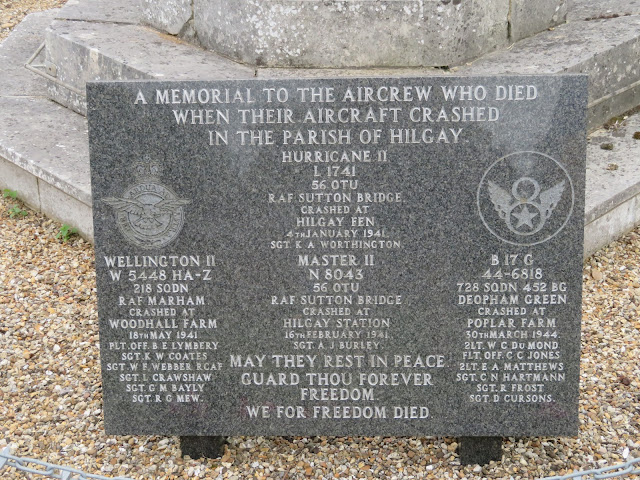 I really liked the fact that the dead from crashed planes in the area had been remembered. I had never heard of a Master II. It was an advanced trainer that was produced in WWII by Miles Aircraft Co. It looks as though it was to train pilots for the monoplane Hurricanes and Spitfires. 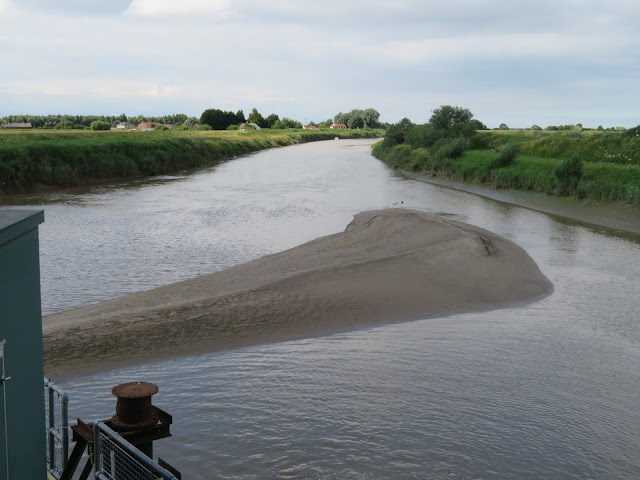 It was only about 3 miles to Denver sluice when we had left Hilgay so we moored up and I got a few jobs done as we waited for tide time. I had to report at the lock about 1600. I heard that the tide was a bit late. They would pen me through at about 1630. I said I would rather wait a bit, so they just said to turn up when I wanted! It seems that there were six boats to come this way but just us to head to Salter's Lode. Lock. This is the sand bank outside the lock just as the tide has started to make. The tp of the bank was still showing when we finally left. 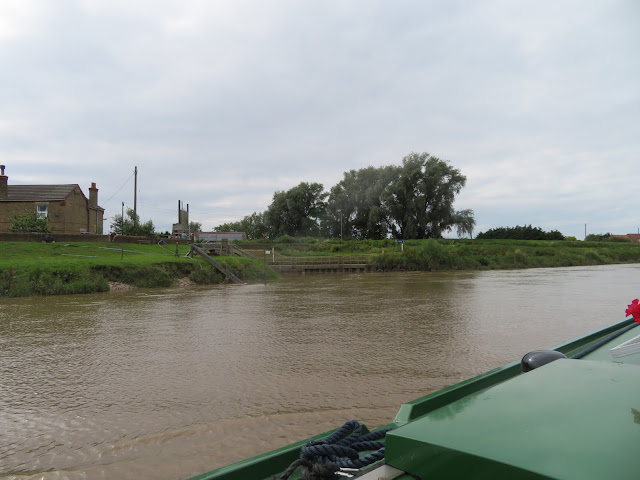 We headed over from our mooring at about 1700 when two lock fulls of boats had come through, two of which were hire boats. Getting out of Denver is no problem at 1 hour to HW, but there is a good tide running still. I was in no hurry as I wanted to get used to the strength of the tide. We crossed with another narrow boat from Salter's Lode. You can see the entrance to the lock where all the piles are. 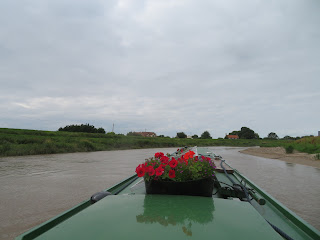 With the tide coming in from ahead it means that you have to turn well past the lock entrance as the current will take you back towards the lock. But how far further? The bend in the river gives a bit of slack water behind the bank. I edged up and then thought that once my stern is in line with the line of the lock I would turn hard to port. 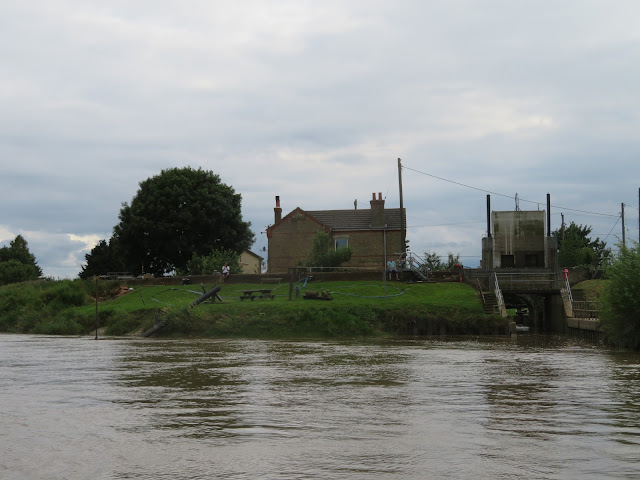 As you can see we will soon be able to look down the length of the lock and that would be my mark to turn. As it was Helen said 'Aren't you going to turn now?' as she was worried we were heading to Kings Lynn! 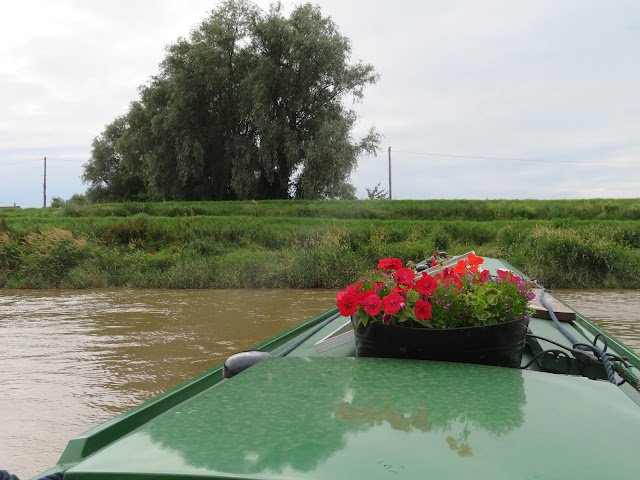 Power on and hard a port and hope that the stern doesn't fall down faster than the bow so that you end up in the same heading as the lock when the bow is just getting inside the bank. 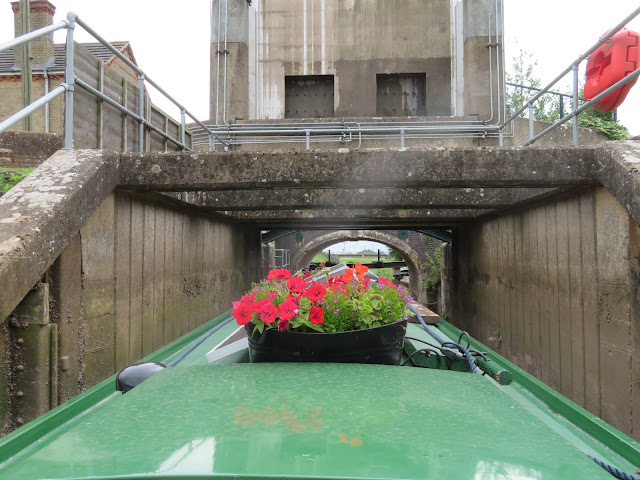 Needless to say we made it safely, and more by luck than judgement we didn't touch the sides. The lock keepers gave me an 8, possibly a 9, so you can't say fairer than that. I confess as to been apprehensive about it as I like to see how it is supposed to be done before having a go myself. But we are here now. We decided that once all the boats going the other way had passed through the lock we would moor up on the landing, with the permission of the Lock Keeper. The bottle of wine was soon opened for the safe arrival party. I'm looking forward to the next time now!
Posted by NB Holderness at 15:11