We left Welford the next day and took a couple of days getting to Crick. 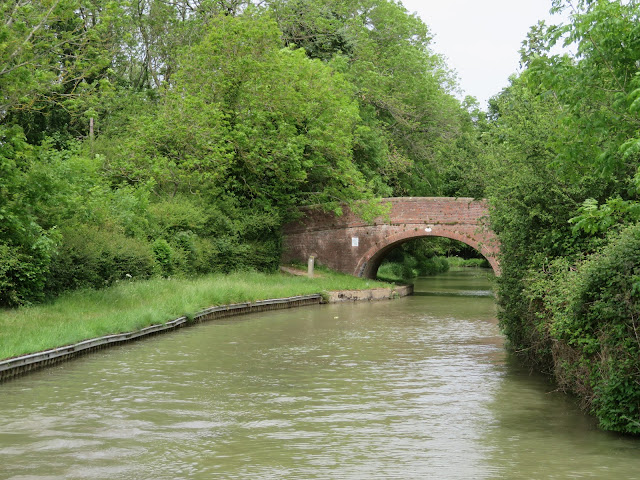 Our overnight stop was on a good towpath and in the sun so I took advantage by washing and polishing the side. Not my favourite task, but it certainly looks better for doing. This stretch has regular bridges and we only met one boat at a bridge hole! The clour of the new leaves made this living mile post stand out more than usual. The plaques are not painted with white lettering so are easy to miss. They are planted up by the Old Union Canal Society who look after the Leicester Arm and the shorter arms off. Stragely they are not close by the GJCCo mile posts so they must measure from elsewhere. 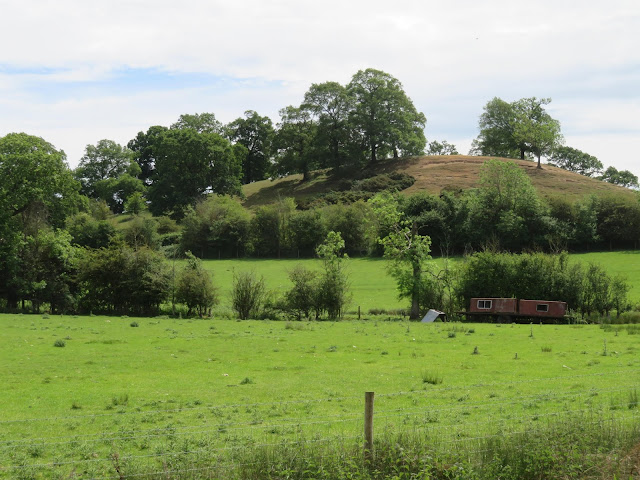 After stooping at Yelvertoft for water and a dash to the shop for the paper we were soon approaching Crick hearlded by Cracks Hill. It is a drumlin left by the ice age and I suppose it was our first scenery when we took our boat out on a test drive before putting in our offer.

There was plenty of room on the moorings opposite Crick Marina so we decided to walk up to the village to eat. We walked past the Red Lion and went to the Wheatsheaf. 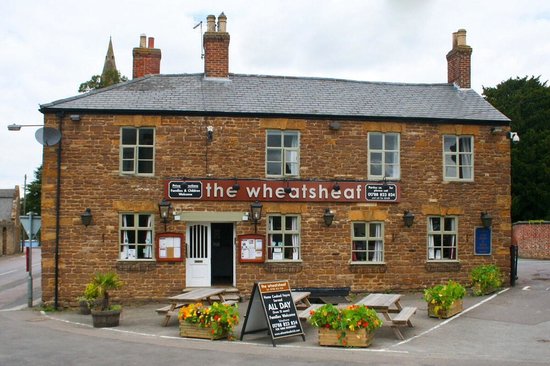 The Wheatsheaf is at the cross roads in the village and has been a licenced premises since 1770 when a fee of £10 meant they could sell alcohol. It doesn't sound much but it is the equivalent of around £1800 today. At this time the room was thatched but after a fire in 1886 the tiles replaced it. The Pytchley Hunt used to regularly meet outside until the 1960's when the construction of the M1 made hunting in the area more dangerous. The original rooms have been opened out, but still provide distinct areas. The food was okay but there were several beers on hand pull. Froth Blowers Brewing Co was set up in 2012 and sold their first beer in 2013. The name comes from a charity that was in being between 1924 and 1931, Ye Ancient Order of Froth Blowers that was set up originally to raise a little money for a children's charity. In the 7 years they raised the equivalent to around £6 million today. In 2005 became the Chair of the Friends of the Froth Blowers and naturally used the name when he set up a brewery with his two step sons. They started with a 6bbl plant in Erdington, and have since moved next door, and with a 20bbl plant. The old unit they use to experiment and small batch brew. The motto of the brewery is also that of the AOFB 'Lubrication in Moderation' as they wanted to be taken seriously as fund raisers and not just a drinking club. 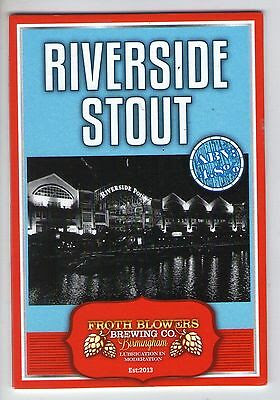 I tried a pint of their Riverside Oatmeal Stout, 4.8%. The brewery is best known for their hopped beers so  it was good to test a dark one from them. The recipe was developed in a brew pub in Singapore in 1997 by a friend and has been tweeked for the UK. They use 'powdered' oats and a little Weyermann's smoked malt for the finish. The result is as it says on the tin. It is not too heavy, nice colour with a nice cream coloured head. The smokiness of the malt comes through and overall a good drink.

I had a second beer to wash the food down and another from The Grainstore Brewery. (See previous post). 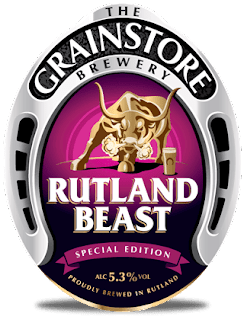 This time it was another dark beer called Rutland Beast at a big 5.3%. It is the colour of an old fashioned mild, chocolate brown, but is certainly not mild. It has three malts and seven malts and wheat. The first taste feels nicely sweet in the mouth, giving a full and well balanced drink. A really good drink. It was nice to have a pub with two dark beers and I took full advantage.