The Dark Side of Dimmingsdale.

After mooring up below Swindon Lock we were soon on our and up through that one and Marsh lock close by. 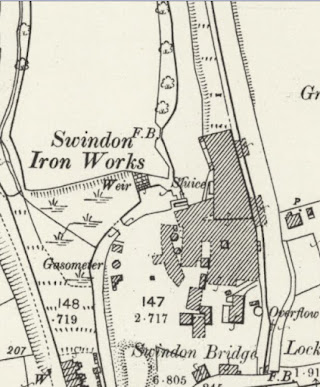 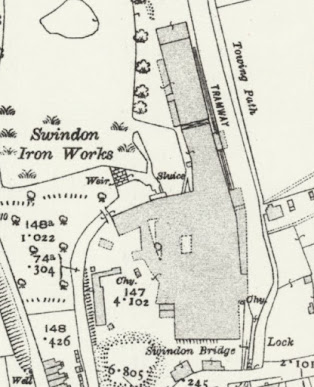 On the left is the OS map from 1900 you can see that the tow path runs on the west side of the canal, right through the iron works and under the three canopies over it for sheltered cargo working. On the right is the OS map from 1921 with the works extended to the north and a tramway running along the old towpath that has been transferred to the east bank. The is a greater length for covered working too. 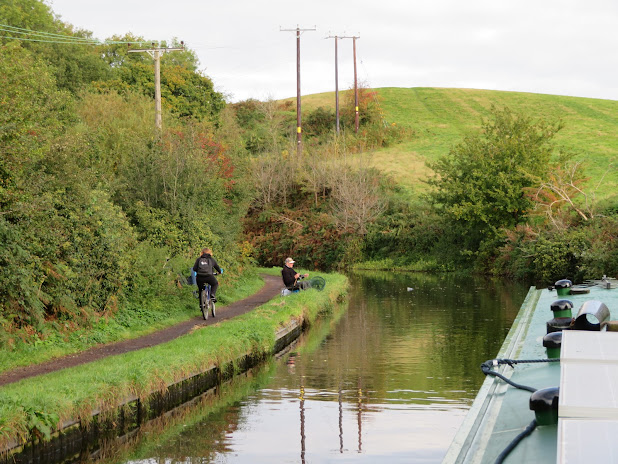 As soon as you are free of Marsh Lock I feel it is a little like the Leeds Liverpool Canal, but round the corner is the Botterham staircase Locks. 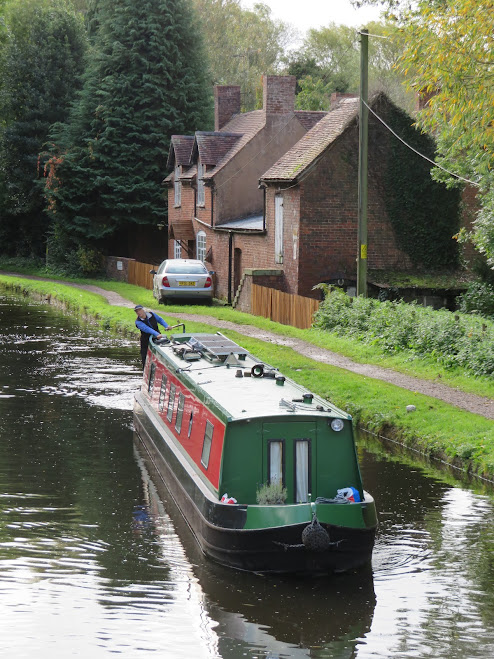 The Botterham Lock cottage has no real road access as the Smestow Brook is right behind it. 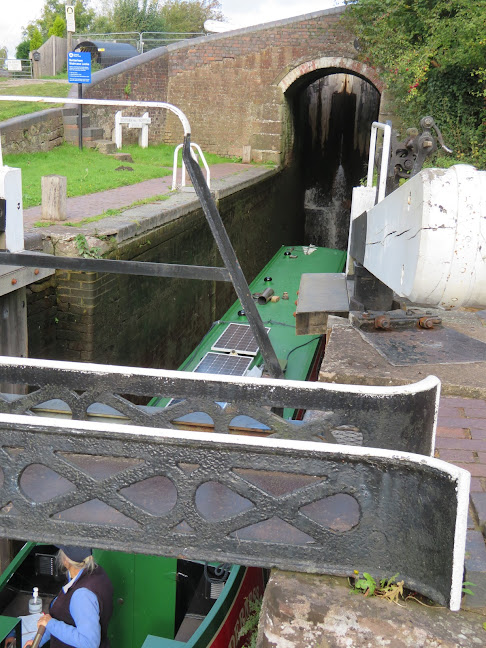 Helen is in the bottom of the two locks with the top lock looming above. They still have the original cast iron bridge at the foot of the lock. Not sure about the hand rail though! 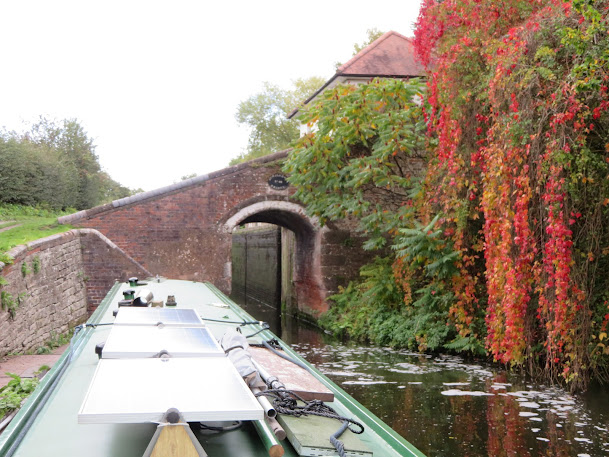 Looking a little more like October in 2020 is the run up to Bumble Hole Lock with the sloping bridge just before it. 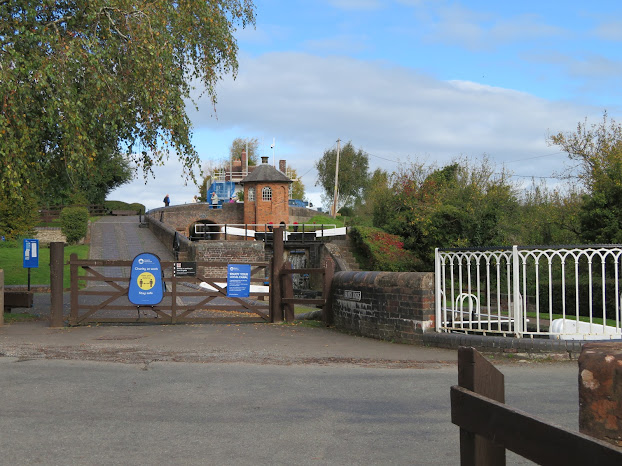 The next locks are the Bratch flight of three locks. Just at the foot of which is a lovely Victoria pumping house for the water works there, with towers gorbelling and coloured brick work effects. There was the inevitable short delay but we were soon been helped up the locks, that most people will know look like a staircase but there is a very short pound with side ponds between them. 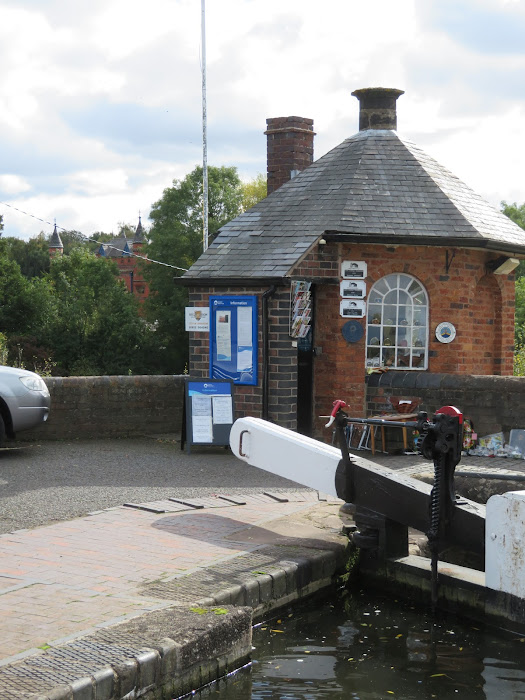 The octagonal lock keepers house seems to be the star of the show, but there is another just down the cut at Stewpony and on the Smethwick pound in Birmingham. (Vandals burned it down as soon as it was rebuilt, so has gone to ruin last time I passed that way). 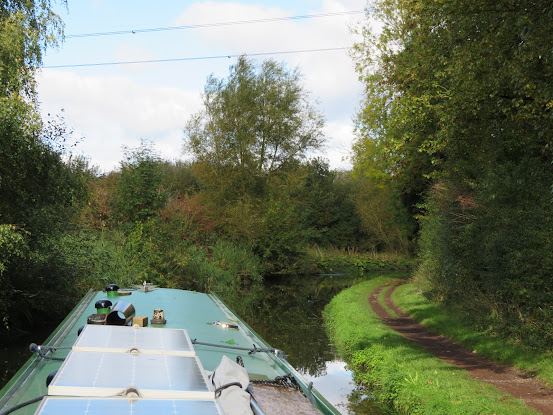 It was a lovely afternoon as we passed through Awbridge and Ebstree Locks and found a spot to moor up for the night just above Dimmingsdale Lock where there are a couple of berths on the off side. 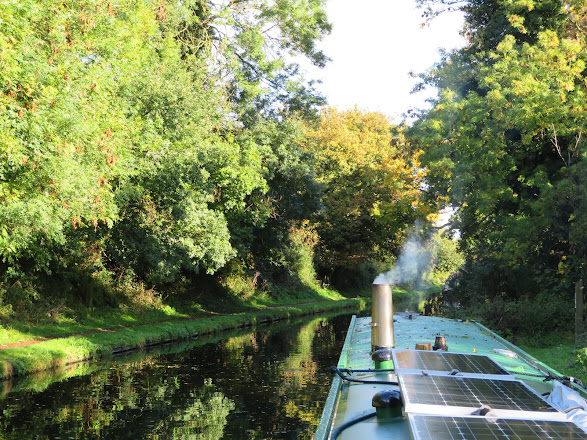 I just wanted to say I appreciate the additional effort you put in to research, and set out, the personal history you find for the areas you pass through.
I can't say I commit any of it to memory, but it adds interest to my breakfast blog reading.

Hi David, Thanks for reading, and many thanks for your comments. I suppose the time to carryout the extra research is a direct consequence of all the extra time I have had due to COVID. However, I really do enjoy the research and detective work required to find bits of the story. The biggest problem is that I don't seem to know when to stop digging, and what false tails to ignore as it is all fascinating to me.
I hope I can find some more good stories before we are able to get back on the water.